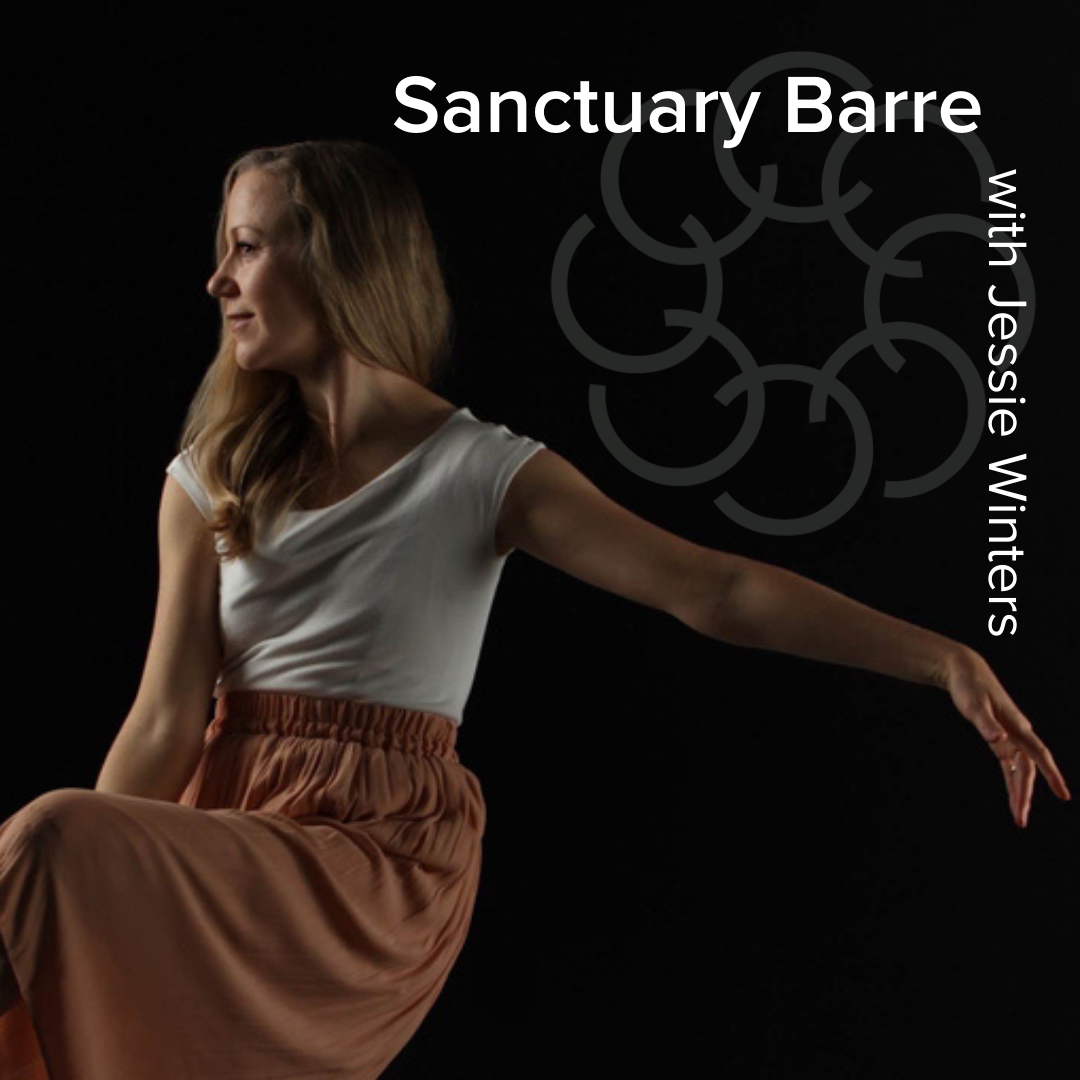 Join Jessie Winters for Sanctuary Barre! What is Sanctuary Barre? Glad you asked! This class will be spent working at the Ballet Barre, but instead of focusing on technicalities, we will be guided to turn our hearts towards worship! This class is built for many purposes, but one we’d love to highlight is restoring your dance back to the Lord. We hope you will join us!

~ Meet Jessie Winters ~​​​​​​​​
​​​​​​​​
Jessie’s love of classical ballet was cultivated when she was very young, as she received training in the Royal Academy of Dance, where she has succeeded in all examination levels through advanced level in the R.A.D. Syllabus. As a growing student in the R.A.D method, she was honored to receive continual instruction and special coaching by Ballet Russe de Monte Carlo legend Hereda May, and intensive dance training at the Royal Academy of Dance headquarters in Battersea, England, The Hartford Ballet, and Walnut Hill with David Howard. Jessie received her BFA in Ballet Pedagogy from the University of Oklahoma in 2001 under the leadership of Mary Margaret Holt, and was honored to receive instruction by Martha Graham protégé Denise Vail, Alvin Ailey’s Judith Jamison along with many others.​​​​​​​​
She has taught all levels of Classical Ballet for 18+ years in Oklahoma, Virginia & Alabama with emphasis on the Advanced & Pre-professional student. Jessie was the Founder and Artistic Director of A.R.T.S. International Dance Company from 2009-2011 in Oklahoma. She has also performed nationally as a company member & instructor with the Dance Revolution convention circuit and 2008 National Tour: The Tree. She has Choreographed, instructed and performed original works internationally as a member of Arrows International Dance company in the 2008, 2010 Costa Rica Tour and in Hong Kong, Kunming and Beijing China in 2011.​​​​​​​​
​​​​​​​​
See Show Times »
Buy Tickets »
We're sorry, but all tickets sales have ended because the event is expired.

Cavod Performing Arts is a performing arts academy located on Main Street in New Holland, Lancaster County, PA. We have 4 studios, one theater, and a small cafe. We offer classes in dance, theater, and music.