A Tale of Two Cities

The Drama Desk nominated Broadway musical plays Cavod Theatre. Based on Charles Dickens’ redemptive classic, A Tale of Two Cities The Musical focuses on the love triangle between young beauty Lucie Manette, French aristocrat Charles Darnay and drunken English cynic Sydney Carton – all caught in the clutches of the bloody French Revolution. Come see this literary masterpiece come alive on stage with timeless themes of love, revolution and redemption. The Associated Press called A Tale of Two Cities The Musical “the return to the era of big blockbusters such as Les Misérables, Phantom and Miss Saigon.” Due to mature themes, parents of children ages 10 and under should use discretion.

A Tale of Two Cities is a musical with book, music and lyrics by Jill Santoriello based on the 1859 novel of the same name by Charles Dickens. After tryouts at the Asolo Repertory Theatre in Sarasota, Florida, in October and November 2007, the show opened on Broadway on September 18, 2008, following previews from August 19 at the Al Hirschfeld Theatre. The musical closed on November 9, 2008, after a run of 60 performances and 33 previews. The show received the 2009 Outer Critics Circle Award nomination for Outstanding New Musical for its Broadway run. James Barbour received a 2009 Drama Desk Award nomination for his performance as Sydney Carton. 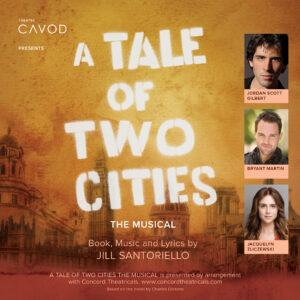 Offering a Godly environment that inspires excellence in the arts to build community and impact lives.
✨ Check out our upcoming events here 👇🏻

Tickets are selling out fast for Wonder at Cavod T

The reviews are in and Wonder at Cavod Theatre is

Give the gift of an experience this year by giftin

Here’s a sneak peak for “Wonder” showing at

Auditions are next weekend! This musical adaptatio

Why we will not be participating in the ExtraGive

The fall weather is here and the Thanksgiving seasonRead More 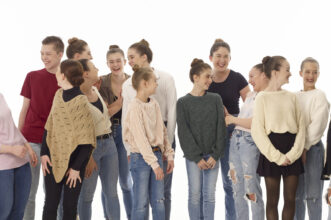 Are you familiar with Ornate Dance Theatre? It isRead More 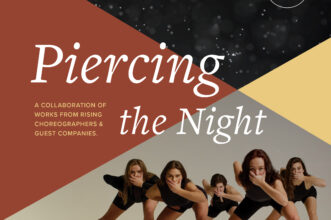