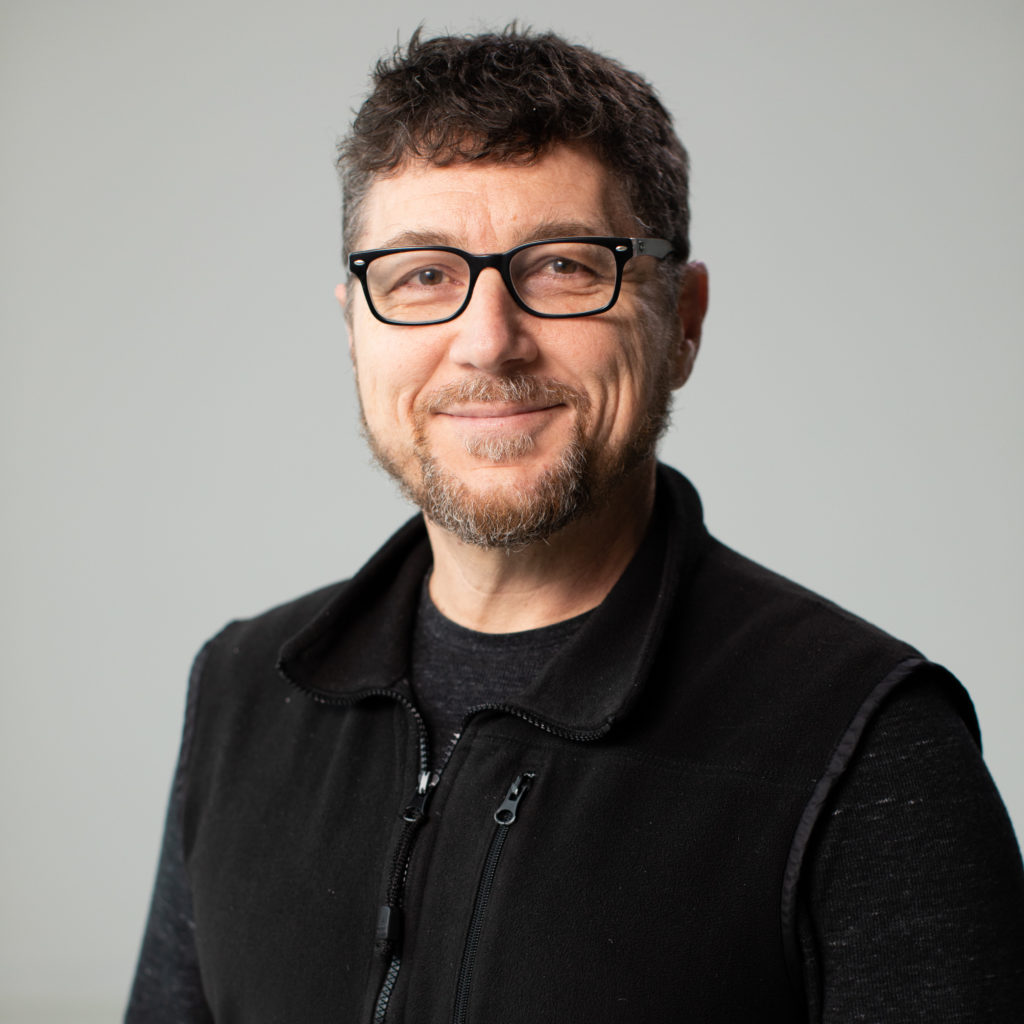 George has been playing drums since 1977. He did bachelor’s work in Jazz Studies with a Concentration in Percussion at the University of North Texas from 1983-86. He studied with Colin Bailey (Vince Guaraldi), Gregg Bissonnette (Woody Herman, David Lee Roth), Rick Latham (Quincy Jones), Clyde Lucas (Illinois Jacquette). George also toured as a drummer with Rhythm & Blues artists such as Little Joe Blue & Gregg Smith, and during that time shared the stage with names such as B.B. King, Johnny Taylor, Bobby Blue Bland, and host of others. George has been playing jazz, funk, blues, and sacred music in the Central Pennsylvania area for the past 20 years, working with artists such as Dave Wilson and Robin Work. His current creative musical project is a trio called The Go Particle. George has been playing and teaching guitar, bass, drums & piano for the past 20 years. He is currently the Music Director of Wheatland Presbyterian Church in Lancaster, and an adjunct professor for Lancaster Bible College. George has participated in many music training events both locally and internationally.