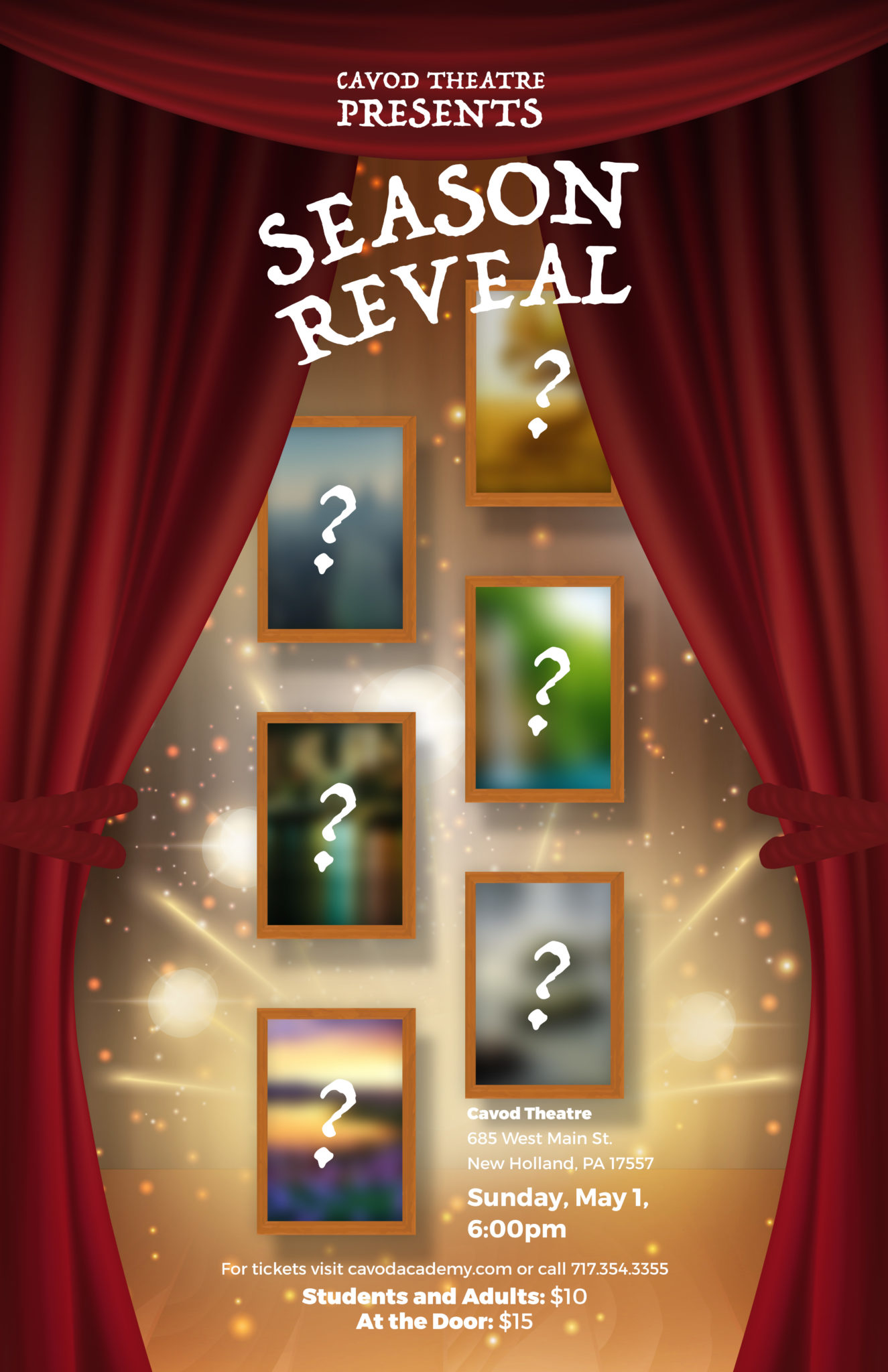 Cavod Theatre presents it’s Season Reveal! Join us for a night of entertainment as each production of Cavod Theatre’s 2016/2017 season is revealed.

Melissa, the chicken, had her first debut for the Cavod’s Annual Chicken BBQ on April 15. Now she’s back! And kidnapping! Follow this link to see how she snagged me right in front of Cavod!

I thought we had come to an agreement. I told her that she could come to the Season Reveal on May 1 at 6:00 pm, but that wasn’t enough… She still wouldn’t let me go. She put out a ransom for my release. The only way that she was going to let me go was if Connie and Stan agreed for the Season Reveal to have free admission along with a coupon for every audience member for FREE popcorn for one show in the 2016/2017 season.

Thankfully they paid the ransom! The Season Reveal is FREE to all! Tickets are not necessary.

Check out Cavod Academy of the Art’s Facebook to see more videos of Melissa and I.

See you all at the Season Reveal!